How the ranking system could be improved 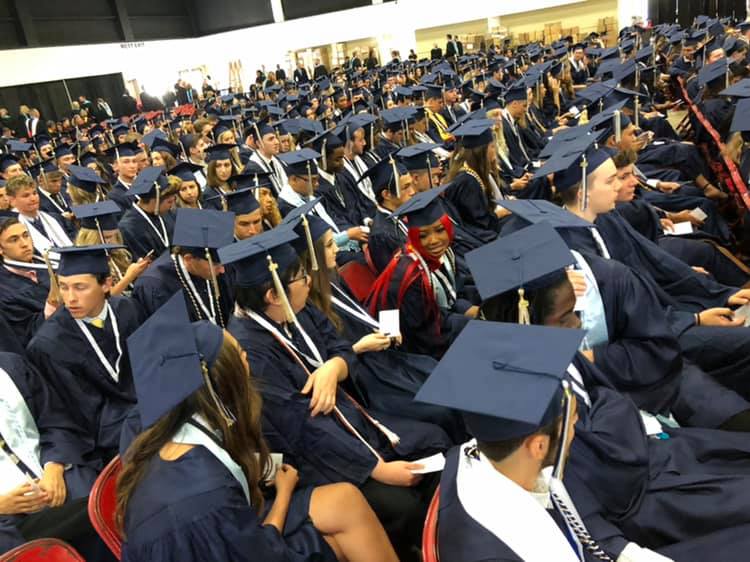 One of the main words associated with high school is valedictorian.  A coveted role in which one person sits on top of the rest of their grade.  But what are the parameters by which they decide this role of such importance? Well, that’s a bit of a grey area. According to the Merriam-Webster dictionary, the valedictorian is “the student usually having the highest rank in a graduating class”. The class rank is decided by a compilation of grades earned in high school credit classes, which is supposed to fairly represent your academic achievement, but does it?

The formula to calculate a weighted GPA is fairly simple and uniform in public schools which is entirely the problem. First, one must classify the rigor of the course they’re taking: Regular, Honors, or AP/AICE. Each level of rigor corresponds to a grade point value which is supposed to evaluate one’s performance in a class. Upon factoring in their grades for every class taken and calculating the average, a student has their cumulative weighted GPA.

This GPA follows every student throughout high school and colleges consider it a major factor in their acceptance process. Due to the magnitude of its importance, certain components of the system beckon for change. This change would better define what a student has done and how they compare to their classmates. One change would be the consideration of AP/AICE exam scores. The exam best gauges a student’s knowledge of the subject at hand, therefore it should be factored into the grade point average. For example, one solution could include a .5 grade boost in the class for passing an exam and a further reward for getting an exemplary score.

The implied byproducts of this change solve multiple problems. For one, many students find that it is unnecessary to try or show up to an exam which doesn’t give them a college credit they need. By giving a reward to students for performing well, there would be an immediate increase in effort and attendance. Also, the boost would resolve problems concerning grade bumps, as it would compensate for students who barely missed out on a higher letter grade.

Another change would be to more effectively factor in the difficulty of the course. It is inconsiderate to assign the same point value to a class like AICE General Paper and a class like AP Physics AB. One could make this conclusion solely based on the fact that the pass rates are 91% and 44%, respectively. The same goes for dual enrollment. Many dual enrollment classes are relatively easy, however, it is equivalent to an AP/AICE class in school. The lack of variety in the weighted GPA calculation results in an ineffective evaluation of every students’ academic achievement. As a result, the competition for valedictorian is simply a test of who can dual enroll the most classes and perform well in them.

It is essential that every factor is considered in calculating grade point average and class rank. One reason for this is the benefits associated with outperforming one’s classmates. According to the University of Central Florida’s Admissions page, “If you are in the top 10 percent of your high school class within the state of Florida, UCF rewards your academic success with guaranteed admission to the fall, spring, or summer semester.” The same applies to the University of Texas. If acceptance to college is based on GPA, it should be a more delicate process. Also, important roles such as valedictorian, salutatorian, and top 25 class ranks are decided by weighted GPA. These roles can be pivotal for many and change the lives of students.

In conclusion, this generation of students is extremely hardworking and competitive. With that, assessment of knowledge needs to change. Changing the formula for how to calculate weighted GPA would allow for a more fair ranking system and could make the difference for many people in terms of eligibility for scholarships and admittance to college. Some may say that the proposed overhaul to the system is too complicated, but that’s the point. The inconvenience of fixing the system is a small price to pay in comparison to the blood, sweat, and tears that students have contributed over the past decade. As education has evolved and become more competitive, the system hasn’t kept up and now is the time for a change.