Teens Get Off Your Screens 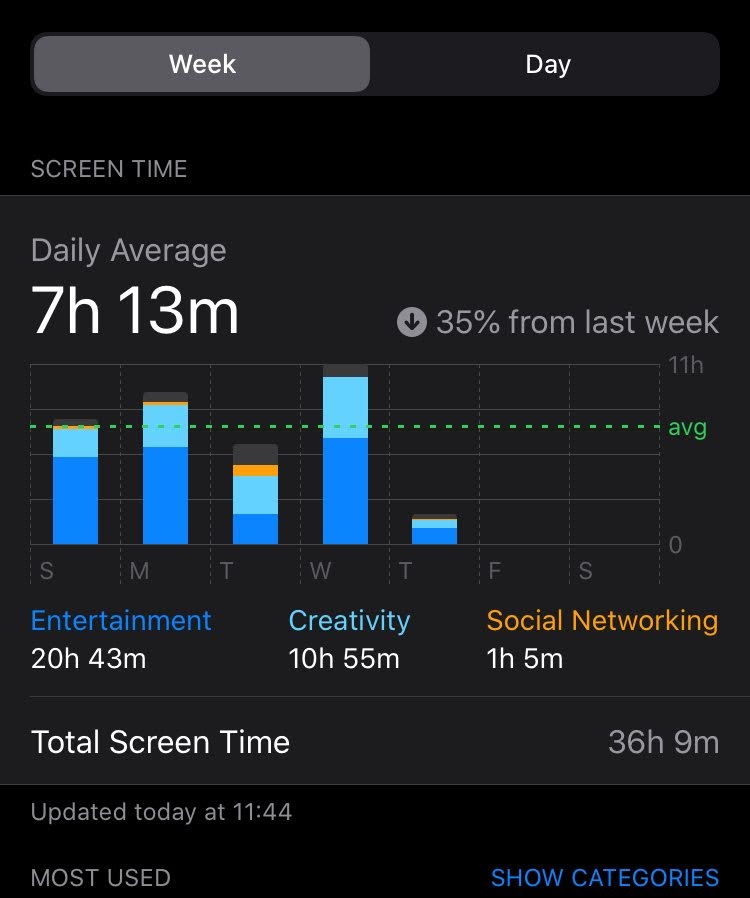 Just this week, my average screen daily time was 7 hours. What is yours?

Brain development is now lacking in children from ages 3 to 5 because of overexposure to mobile devices (over around an hour a day) like iPads, yet teenagers are spending upwards of 8 to 10 hours on their phones a day and this problem is being overlooked.

Teens are now becoming addicted to their phones. Schools would not really need to enforce strict rules on phone used if they did not see it as a problem. On average, about 84 percent of teens in the US have phones and by age 11 over half of the children own a smartphone.

iPhones can now track how much time you spend on your phone and it even categorizes which apps you use the most. It records your daily average and overall usage each week and the results are shocking. Personally, I spend between 7 to 8 hours a day on average on my phone and mostly on entertainment. Once, I spent 14 hours on my phone in one day. I asked 12 students from the Bullseye and the Yearbook class about their recorded daily average on their phones. The average is 5 hours and 47 minutes. That means that they spend a sixth of their day, in or out of school, on their phone, with the rest of their time being used for sleep, work, or homework.

Phones, despite their array of benefits, do hold a lot of influence on teenagers’ daily life. With teenagers spending a large portion of their day on their phones, it is now considered to be essentially an addiction. Are you addicted?