A Walk In The Park

On December 28th, 2020, our West Boca High School Vanguard Marching Band first set foot upon foreign territory for a once in a lifetime experience, marching in the London New Year’s Day Parade. “It’s an opportunity to not only represent West Boca High School but to represent the whole state of Florida,” remarked Larry Shane, the Band Director of the Vanguard. The band was given the honor of performing the finale to their unforgettable march with the British National Anthem “God Save the Queen” to close the decade. 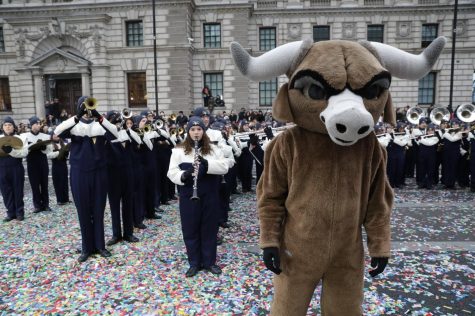 Notably, with 2,0000 years of captivating history, culture, and architecture around every corner, the band was sure to not miss out on London’s most famous tourist attractions. Each morning around seven o’clock at the Park Plaza Victoria Hotel everyone awoke to a hot and delicious English breakfast buffet to prepare themselves for a busy day of sightseeing. Whether a boat ride across the banks of the Thames River past the London Eye to the town of Greenwich or a casual brunch beside the Tower of London the band was enthralled by the sites! Guided motor coaches transported the band throughout London explaining the historical background of the city and band members also had the opportunity to use London’s underground tube system. The Vanguard also visited the magnificent Palace of Westminster containing the Two Houses of Parliament, St.Paul’s Cathedral, and the infamous Westminster Abbey.

Then as a warm up to their march in the parade, the band showcased their tunes in the LYNDP Covent Garden concert to preview their debut to the media. Later that night, the West Boca Band Wind Ensemble performed a selection of musical pieces from our woodwind and brass choir in the prestigious St. John’s Church for the Parade’s Festival Concert series. In order to explore the performing arts history present in the city, divided groups immersed themselves into various excursions that included taking a legendary rock and roll tour, viewing the beloved musical Wicked, and exploring cinematic sites that were involved in the making of the Harry Potter movies. Afterward, the band gathered in their hotel to celebrate and count off the New Year together.

The next morning on January 1st, 2020, the Vanguard stood in line warming up for their march on a two mile route before their final performance. About half a million viewers packed the streets along with cameras broadcasting the parade live internationally. The parade’s entertainment consisted of miscellaneous bands from around the world, dancers, vehicles, inflatable balloons and more. 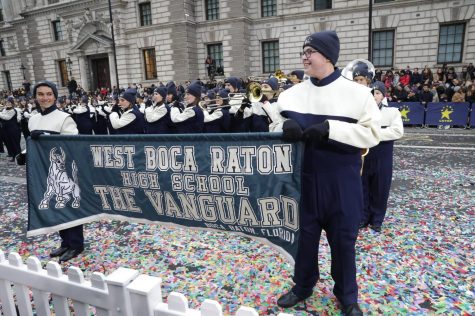 When the band reached the end of Whitehall, they rushed to their positions in front of awaiting cameras. During the closing of the parade, the band played the tune  “Do What You Wanna” and “God Save the Queen.” Thereafter, a cloud of confetti filled the skies as the band exited in style.

At the end of the WBHS Band’s last days on their trip, they enjoyed a visit to Windsor, the home of the British Monarch to tour its massive interior, artifacts, and architecture. Later they spent their final outing in London at Oxford college walking around its vast campus and university buildings. The next day, January the 3rd, the band packed their bags and instruments for departure. They said goodbye to London, but forever remembered their cherished memories as members of the West Boca Vanguard.