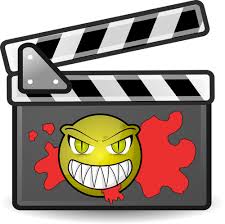 The Exorcist- As probably the most famous horror film of all time it’s no shock to see it on our list. The Exorcist was a first in many ways in the world of cinema, and in some ways still regarded as the scariest film of all time, sending people running out of the theatre during its theatrical release. With the catchiest theme song ever in horror cinema to back up the spectacular imagery and practical effects that truly make this film stand out. While the production was riddled with complications the plot remains relatively simple but created the format for horror that generations will follow for years to come. Loosely based on the real life, supposed, possession of Roland Doe.

The Texa Chainsaw Massacre- This movie is proof that it doesn’t take much to embed the story of The Texas Chainsaw Massacre into the minds of horror fans for decades. With a slim budget of 140,000 dollars, this film played a huge role in the creation of the slasher genre. While not having the best special effects you’re rather drawn to the gritty and eerie atmosphere that engulfs a simple plot. Loosely based on real life serial killer Ed Gein, a homicidal cannibal named leather face gruesomely dispatches a group of five youths with a chainsaw in the barren heart of Texas.

Jaws- Next is an iconic motion picture, directed by the one and only Steven Spielberg and the first ever summer blockbuster film, grossing 100 million dollars at the box office. This film that’s notorious for scaring generations of people out of the water is also loosely compared to true events that took place in the waters of New Jersey in 1916. Four swimmers in early July found a grizzly demise in the mouth of a killer shark with attacks both off the coast and later in a freshwater creek. While this film takes a more dramatic look upon the freak incidents of 1916, it still captures the intimidating facade a shark can have in the minds of people who have yet to understand it.

Carrie- Carrie is the film adaptation of a Steven King book by the same name. While otherwise, a simple story from one of the greatest minds in horror, Carrie´s unique story, and the epic climax has solidified its place in cinema history. The plot follows a sensitive teen named Carrie whos bullied at school and tormented by her fanatically religious mother and only worsens when odd occurrences begin happening. Finally, it would seem Carrie’s luck has flipped when she’s voted prom queen but when she goes to accept her crown, a bucket of pig’s blood is dumped over Carrie in front of the entire school. And it is after this, one of the most climactic endings in horror movie history is set in motion.

The Hills Have Eyes- From director Wes Craven, comes a generation of slasher films. The Hills Have Eyes follows a family taking a road trip through the Californian desert when soon their tires unexpectedly blow leaving the family stranded. They soon come to realize that they’re being stalked by a clan of cannibalistic mountain folk, loosely based on Sawney Bean and his cannibalistic clan in Scotland during the middle ages.

Dawn of the Dead- While being the second film in George A. Romero’s dead saga it has quickly become the gold standard in zombie cinema. With special effects legend Tom Savini behind the gore and George Romero’s talented writing this film was destined for success. The plot follows a group of survivors that take shelter from the zombie apocalypse in a mall. This setting offers an opportunity for comedy, drama, and suspense while also throwing in some social commentary. What follows is an adrenaline pumping fight for survival against hordes of the living dead.

Alien- Finally, one of the most influential and commercially successful films from the ’70s. This genre defining movie took horror to a whole new playing field. Following a crew of astronauts in the distant future as they pilot a cargo ship back to earth. When suddenly they are directed by their paying company to investigate a distress signal on a nearby moon. What they find on the desolate rock appears to be a parasite that they reluctantly bring back aboard due to its attachment to one of the crew members. This fatal mistake ensures the downfall of the crew as the parasite makes way for a horror truly unique in every way, the perfect organism.