Trump vs Biden- The Race to the 2020 Election

“The stakes are enormous, and the two pathways could not be more different.” 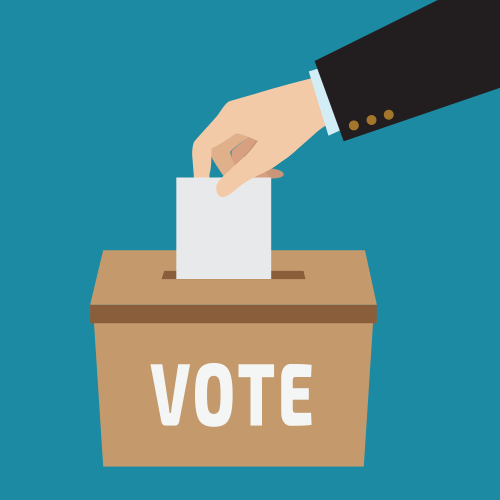 istockphoto.com    Right now is without a doubt one of the most hectic moments in American history. A deadly virus has killed more than 150,000 people in the U.S., millions of Americans are unemployed, and our economy hasn’t been this bad since the Great Depression. On top of that, we’ve had the BLM movement causing an uproar nationwide for the justice of George Floyd, a black man killed in the custody of policemen in May.

This is the environment that the 2020 election will take place in, and Americans will be deciding who to vote for Republican Donald Trump or Democrat Joe Biden. “Every four years, we hear people say this is the most important election of our lifetime. Normally, it isn’t true. This time it is,” says Larry Sabato, director of the Center for Politics at the University of Virginia. “The stakes are enormous, and the two pathways could not be more different.”

When President Trump came into office he promised to use his experience as a businessman to change the way of business in Washington and “make America great again.” In his effort to boost the economy he has cracked down on illegal immigration and reduced the number of immigrants legally entering the country. He’s also disrupted relations with America’s longtime allies with his “America first” approach to foreign policy.

Biden was a U.S. senator for 36 years and developed a reputation for compromising with Republicans to pass legislation. In 2009, he became vice president under President Barack Obama, serving in that role for eight years. He supports immigrant rights, believes climate change is a global emergency and thinks America’s international partnerships are critical.

Whoever is president will face the task of reviving a devastated economy while overseeing a national response to a once-in-a-century pandemic. “I lived through the ’60s and Vietnam and Watergate and 9/11, and I don’t think any of those are as profound as this crisis,” says E.J. Dionne, a government expert at the Brookings Institution in Washington, D.C.

It’s not just that the issues facing the candidates are different this year; the entire process of campaigning and how the election will be conducted are also unprecedented. Widespread stay-at-home orders intended to slow the virus interrupted the day-to-day work of the campaigns over the spring and summer. Normally, political organizers spend the spring and summer before a presidential election on college campuses, in neighborhoods, and on the streets registering people to vote, but due to the social distancing guidelines campaigning will be much different this year. President Trump was forced to suspend many large political rallies, though he remained in the public eye through regular White House briefings. Biden spent months in his Delaware home, largely out of sight.

Every major issue facing the nation: response to the Covid-19 pandemic, the economy, racial inequality, immigration, climate change, the Supreme Court, international relations, and many more; Trump’s and Biden’s positions are miles apart. Here are some of their views on major issues.

-Trump: He’s put broad tariffs on countries he says were trading unfairly with the U.S. and harming American industry. His 2017 tax cut reduced the corporate tax rate in an effort to boost the economy. Until the pandemic hit in March, the economy had been booming, and Trump says he was responsible for that.

-Biden: He supports raising the minimum wage to $15 an hour and increasing taxes on the rich. He also favors mandatory paid sick leave, expanded unemployment insurance, and student loan forgiveness. He believes in stronger government intervention to support the economy during this time of crisis.

-Trump: He opposes Obamacare and has taken steps to weaken the health-care law, which he says is raising costs and limiting Americans’ choices. He declared Covid-19 to be a national emergency and signed bills allocating billions in aid, but he’s repeatedly downplayed the severity of the pandemic, pushing for the economy to reopen faster. He put Vice President Mike Pence in charge of a task force to deal with the Covid-19 emergency.

-Biden: He supports expanding Obamacare to include an option for government-provided health insurance. He favors major investments in health care to fund much more widespread Covid-19 testing, treatment, and vaccine research. He says Trump’s refusal to acknowledge the severity of the pandemic hindered the nation’s response. He says public health decisions must be made by public health experts, not by politicians.

-Trump: During the protests this summer over racism in America, he threatened to use military force to quell the unrest. He has said little about whether he believes the nation needs to work harder to end racism. In 2018, he signed into law The First Step Act, a prison and sentencing reform bill intended to reduce America’s high incarceration rates, which disproportionately affect Black and Latinx Americans.

-Biden: He says the protests are a “wake-up call” and that the nation must deal with systemic racism. He supports more criminal justice reforms and wants to reduce racial inequality in incarceration. He wants to reduce the wealth gap between white people and Black people, in part by increasing the percentage of Black Americans who own their own homes.

-Trump: He has substantially restricted legal and illegal immigration, in part, he says, to preserve jobs for Americans. He’s imposed a travel ban on people coming to the U.S. from 13 countries he considers terrorist threats. He declared a national emergency at the U.S.-Mexico border and has built additional sections of a wall along that border. He’s also tried to end DACA, a program that protects young people brought to the U.S. illegally by their parents.

-Biden: He promises to end many of the Trump administration’s immigration policies and favors broad reform of our immigration system. He supports higher levels of legal immigration and refugee resettlement in the U.S., because he says immigrants add to the nation’s social fabric and economy. He supports DACA and says only undocumented immigrants who’ve committed serious crimes should be deported.

-Trump: In 2017, he announced the U.S. will withdraw from the Paris climate accords, an international pact to reduce global emissions, saying it would hurt the U.S. economy. He’s eliminated many environmental regulations—everything from lowering mileage standards for cars to reducing emissions standards for coal-fired power plants—to boost business and keep energy costs low.

-Biden: He believes that climate change is a global emergency and he supports keeping the U.S. in the 2015 Paris climate accords. He wants to increase efficiency standards for buildings, cars, and appliances in order to reduce emissions. He also wants to invest $1.7 trillion into renewable energy development to make the U.S. economy run entirely without emissions by 2050.

-Trump: He questions the value of many U.S. alliances and believes America’s allies should pay more to keep the world safe. He’s maintained friendly ties with autocratic leaders such as Russia’s Vladimir Putin and North Korea’s Kim Jong Un. He pulled out of the 2015 nuclear deal with Iran, saying it wasn’t tough enough on Iran.

-Biden: He supports working with longtime U.S. allies to counter the growing aggression of Russia and China. He favors re-entering the 2015 nuclear deal with Iran that Trump left in 2018. He wants to work with other countries to prevent North Korea from developing nuclear weapons, rather than negotiating directly with Kim Jong Un.