The West Boca Bullseye • May 7, 2021 • https://wbhsbullseye.com/2383/features/how-students-use-social-media-for-activism/

How Students Use Social Media for Activism 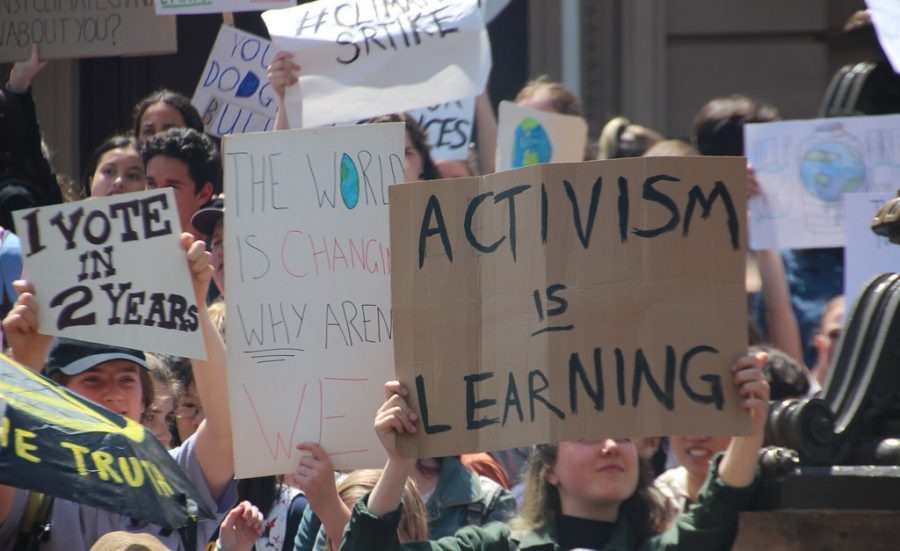 Many students have used social media as another tool for activism.

On February 14, 2018, an active shooter entered Majorie Stoneman Douglas High School killing 17 and injuring 17. On February 20th, hundreds of West Boca High School students sat in 17 minutes of silence which later led to a protest/walk-out where they exited the school, walking all the way to Majorie Stoneman Douglas in solidarity with the students, parents, and faculty affected by the shooting. This protest and remembrance were planned through social media. With more access to the internet and millions of people around the world, students have been noticeably politically involved. Their use of social media platforms to advocate for their political beliefs and causes has been an instrumental part of modern politics. Much of the widespread support and proliferation of large advocacy groups like Black Lives Matter has been as a result of high school students showing their support, spreading it on social media, and utilizing their knowledge of social media to educate other teenagers on important issues.

One major part of how students and social media activists get their voices heard is through blackouts based around the idea that on planned blackouts certain creators, specifically those in a particular minority group, will be the only people posting that day to raise awareness. For example, on June 19th in 2020 or Juneteenth, a blackout was planned to amplify African-American voices especially in light of the BLM movement during summer 2020.

One such issue is the Black Lives Matter movement which advocates for justice and reconciliation for over-policing in predominantly African-American neighborhoods and the disproportionate acts of gun violence against African-Americans at the hands of police officers. Popular teenage social media influencers, celebrities, and average teens all around the world have shown their support for the movement and continue to spread awareness on these issues through links, petitions, organized protests, and acts towards legislative change. Here is a link to see more information about Black Lives Matter: https://blacklivesmatters.carrd.co/

Another issue that many student activists are quite passionate about is “Stop Asian Hate” which, like Black Lives Matter, advocates for justice in a specific community- this being the Asian community. It rose to prominence among teens after the multiple massacres and killings of Asian-Americans since the COVID-19 outbreak. They also organize protests, petitions, blackout social media days, and more. More information can be found here: https://anti-asianviolenceresources.carrd.co/

Students even advocate for more global issues that do not get as much attention as domestic ones. On February 1, 2021, there was a military coup in Myanmar, which got rid of their democratic state and continues to suppress their citizens’ voices who protest or try to spread the word on social media. Here is a link to more information on what’s happening in Myanmar that a fellow teenager sent to me: https://linktr.ee/whatshappeninginmyanmar

Students’ use of social media has had a major impact on politics today and it is great to see how students are raising their voice in solidarity with marginalized groups, defending their opinions strongly.