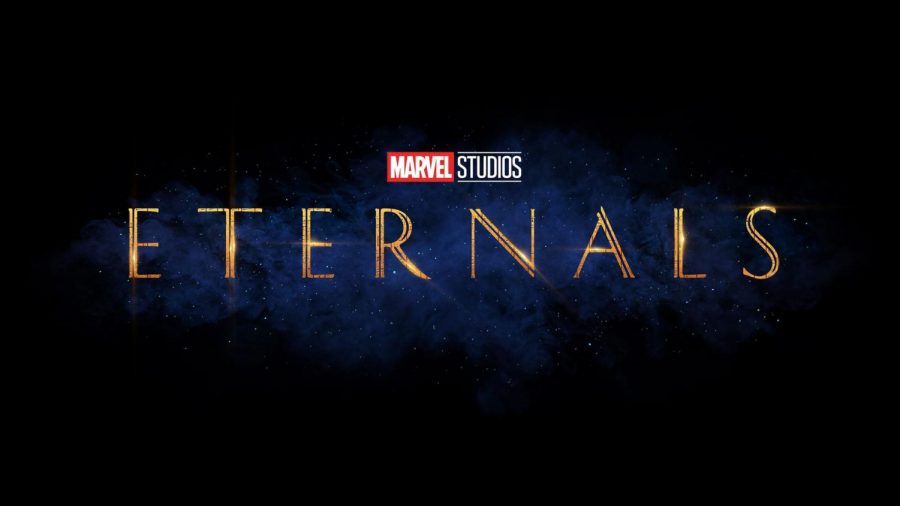 “Eternals” came out on November 5, 2021. Since then it has made $280.7 million in the box office. It has gotten very popular as another extension of the Marvel Cinematic Universe. The main cast included; Gemma Chan as Sersi, Angelina Jolie as Thena, Lia McHugh as Sprite, Richard Madden as Ikaris, Barry Keoghan as Druig, Kumail Nanjiani as Kingo, Lauren Ridloff as Makkari, Brian Tyree Henry as Phastos, Don Lee as Gilgamesh, and Salma Hayek as Ajak. These 10 made up the eternals in the movie, sent to Earth very early on in humankind with a mission.

These characters are a play on the mythology gods with their powers as well. Athena, Greek goddess of war, being represented by Thena, who can conjure up weapons and fight with extreme strength and agility. Circe, Greek goddess who was able to transform humans into animals, becomes Sersi who has a transmutation power, mostly with matter. Sprite, a fairy-spirit from European mythology, turns to Sprite who can blast heat or force. Icarus, who is overconfident and has the ability to fly, is shown as Ikaris who has the same qualities. Hephaestus, a Greek god of forge and innovation, turns to Phastos who has these same qualities in inventing technology. Gilgamesh, from ancient Mesopotamian mythology who had superhuman strength, courage, and power, is represented as the same in “Eternals”. Ajax, from Greek mythology, a man who is a strong, brave, and courageous warrior, turns into Ajak, a woman who possesses many of the same qualities as well as leadership. Mercury, the Roman god, who has sandals that cause him to fly fast, is represented by Makkari, who has super speed abilities. Druig and Kingo do not have any certain counterparts in mythology but there are some beliefs about who they could represent. Druig, may represent the Greek gods Dolos and Hypnos who can control minds which is the same power as Druig. Kingo, may represent Kingu from Babylonian mythology where he wears a breastplate that gives him great power, where in the movie Kingo is also very strong and possesses great agility.

This movie marks the first representation of a character with deafness that even uses ASL (American Sign Language) along with the rest of the characters. Makkari, the speedster hero, and the actress who plays her, are deaf and often use ASL throughout the movie to communicate with the rest of the characters. She especially uses it with Druig, who often signs back to her. This is an important development in representation for the deaf community since it is rare that it is shown, especially in such a popular and well known series such as Marvel movies. It also shows some of the first LGBTQ+ representations in Marvel with Phastos and Sprite. Phastos shows the first gay man representation and Sprite, who is genderfluid, has never seen before in the MCU.

This movie creates a new direction as a Marvel movie since it flashes back and forth between past and present to give an interesting dynamic to watch. It shows the events of the past that led to what the heroes are doing now before finally revealing what characters and fans had been wondering all along towards the end.

I really enjoyed this movie as it majorly furthered the Marvel Cinematic Universe in storytelling and explaining the events in the movies. All the movies in the MCU are connected, sharing characters or following each other’s events. This movie is definitely connected to the rest and even explains many of the events on Earth (following a superhuman storyline) and in the MCU. “Eternals” also contains a huge plot twist in the midst of the movie along with ones all throughout the movie. It was very hard to anticipate what would come next, which made watching it much more fun. The movie especially develops its characters, as the audience gets to know ten new people introduced to the MCU in a fascinating way. It allows viewers to root for and love new characters while already hoping for the downfall of others in the interest of their favorite characters throughout the movies.

I also particularly enjoyed the post credits scenes. Unlike most Marvel movies, “Eternals” has not one, but two post-credits scenes. Both post-credit scenes reveal a new character into the MCU which was extremely exciting personally, and I imagine every viewer will feel the same. They introduce characters from the comics, the first post-credit scene having just a voice, but there are already statements and speculations about who it is. The second post-credits scene introduces a very well known celebrity that no one may have expected into the MCU as an extremely astonishing and important character along with a funny and quirky sidekick, also from the comics.

It was an amazing addition to the MCU and I highly recommend watching it. These new characters bring such huge and meaningful additions to Marvel. It makes notable introductions into Marvel with themes such as disability and the LGBTQ+ . It has a big future to be continued in the MCU.