The West Boca Bullseye • May 8, 2022 • https://wbhsbullseye.com/3501/sports/the-newest-district-champions-west-bocas-baseball-team/ 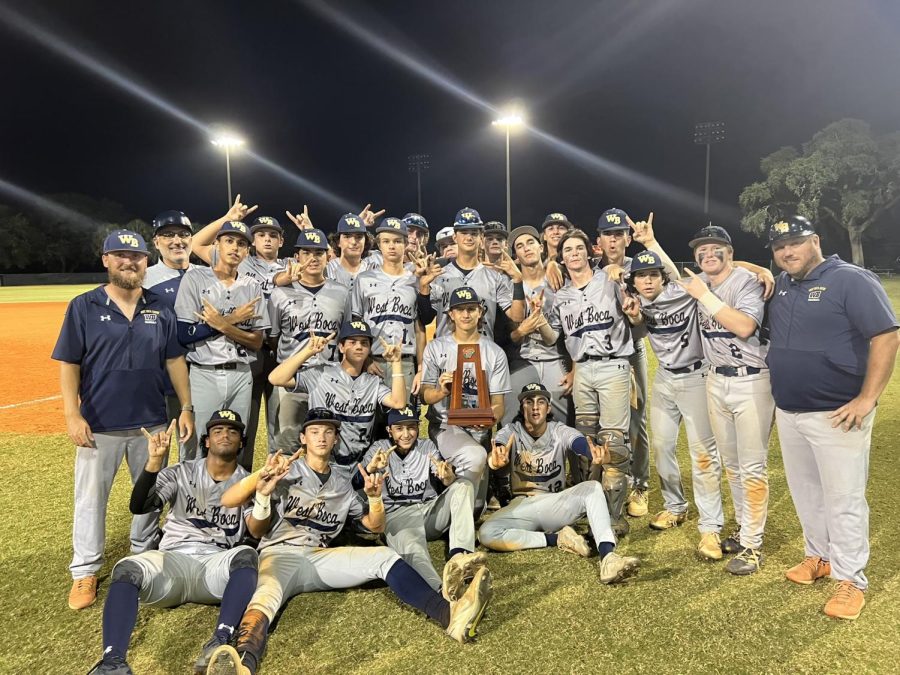 Park Vista, the number one team in the region, only had one base runner reach second base.

Pier Figueroa led the offense by going 3-4 with two doubles and three RBIs. Corey Kling and Tyler Lichtenberger each had two hits.

West Boca had contributions up and down the lineup, turned two double plays, no wild pitches, no passed balls, picked off a runner, and didn’t make an error. 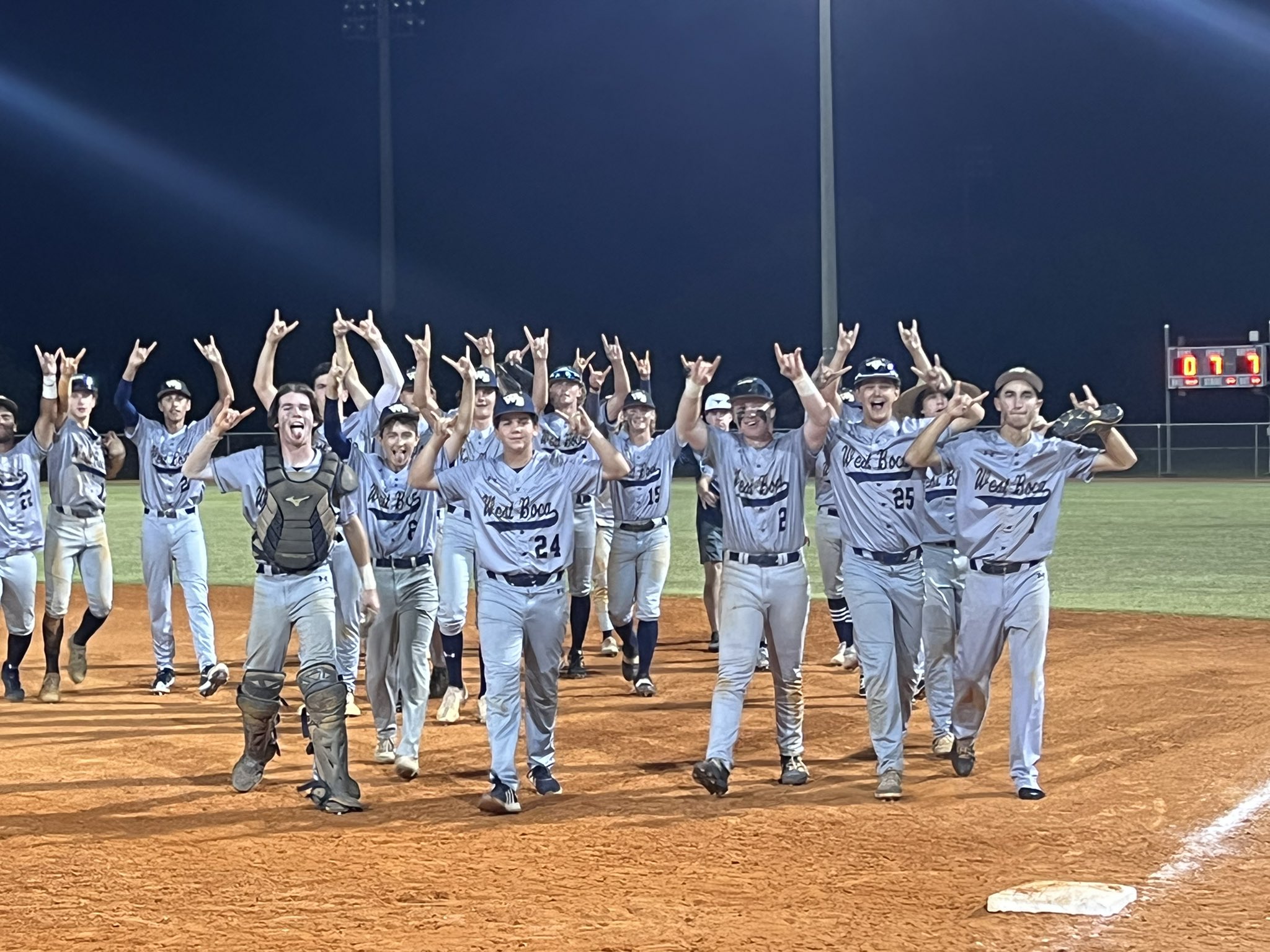 The Bulls will now play in regionals on Tuesday (May 10th) at home. First pitch is at 6:00 pm.