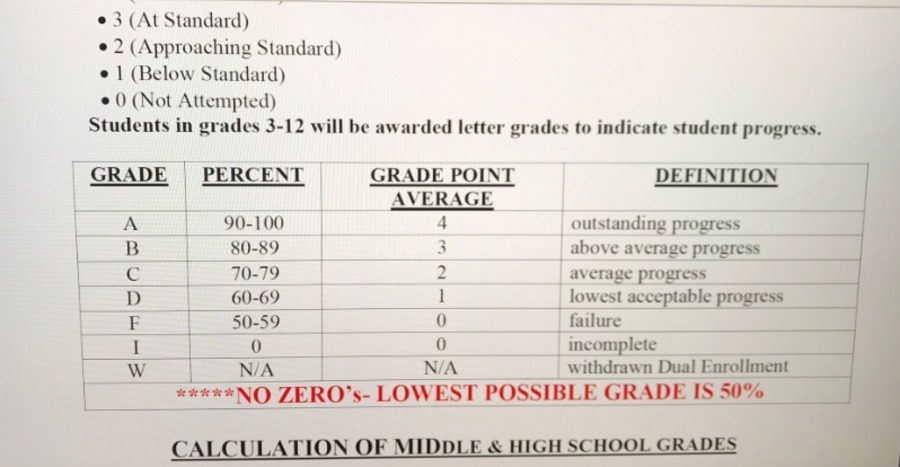 In St. Lucie county, there is a rule that teachers (K-8) cannot give 0’s for assignments. Basically, if a student does not turn in homework, instead of getting a 0, they receive a 50 percent. The superintendent says that this new policy keeps students accountable, because a 50 percent is still a failing grade. According to an article by Amy Lipman from WPTV, “Gent said students who have difficulty in school don’t often feel positive academic pressure from simply being given a zero when they don’t turn in an assignment.” Overall, this policy seems to be criticized by parents and teachers alike.

Some people (parents/teachers) believe that the policy does not hold students accountable, but makes them more lazy or unmotivated. One teacher claims that she was fired for not following this policy. An article from WFTV by Kelly Healey stated “When several students did not turn in their assignments, Tirado said she found out about a ‘no zeros’ policy, in which the lowest possible grade allowed to be given is 50 percent.” This is what may have brought her to be fired, but her claims have not been confirmed.

This policy can be seen from both sides, the no zero policy may help schools have better grades being that the students can never receive a 0 for an assignment, ever. On the other hand, it can be perceived as not holding kids accountable for their actions. This policy is adopted by multiple counties across the country, all carried out in different ways, and many have refuted the supposed benefits, but this rule could be removed in counties like in St. Lucie because of the opposition from all over the country.